As mentioned in an earlier newspost, the main quest is now finishable in OpenMW. But there are so many ways to go from here, and one of those is Solstheim. Scrawl pulled a Star Wars and mentioned he had “a bad feeling about this”, but it turned out that any bugs that popped up could be fixed pretty easily… so far. One of our active testers, Bahamut, discovered that the spawn rate of some wildlife was set just a tad too high.

One of the many questions people ask when OpenMW pops up in the conversation is “what does it provide that Morrowind doesn’t?” And yes, of course you can start up the whole spiel about open source software being extremely moddable and whatnot, but here’s something different: What about more platforms? Not only does the team support OpenMW on Linux and OSX, but one of our community members, Sandstranger, has been working on his own unofficial side-project. OpenMW on Android! He already has it running, and at the time of writing, he’s working on getting all the terrain to work right. Good luck, sandstranger. We’re all sure it’s going to be awesome.

Morrowind is chock full of scripts, but sometimes they aren’t written as well as they should. Zini gave an example that everyone who has ever used the console in Morrowind should be familiar with. A player can give himself the Fire Bite spell by typing player -> addSpell “fire_bite” in the console. Sometimes, in our travels, we encounter interesting variations on that. For example, player -> addSpell “fire_bite”, 654. What does that 654 mean? Nobody knows. Morrowind would just ignore that unnecessary argument, but OpenMW does read them and says something is wrong with this script. If any of you has an idea what these extra arguments mean, why don’t you join the discussion on this topic? For now these “stray arguments” are worked around, but it’s not pretty, so if you have anything to add, please do!

And for a few final tidbits, we’ve got a new feature added. A difficulty slider! If you thought Morrowind was just a bit too hard or too easy, don’t worry. We’ve got you covered in that area too. The NPCs will also now properly greet you. As if Fargoth telling you he had the feeling you would become great friends wasn’t creepy enough, all NPCs would continue staring at you as you walked past. That’s no longer the case. Oh yes, and they will blink now, too.

Well, that about wraps it up for this week. See you all next time.

The OpenMW team is proud to announce the release of version 0.31.0! Grab it from our Downloads Page for all operating systems. This release includes implementation of many smaller features that have been sorely missing, as well fixes for a ridiculous amount of bugs. Many thanks to our developers for their relentless attention to detail. Some optimization has made it into this release, let us know if you see any increased performance.

The venerable WeirdSexy has been swamped lately, and is even more swamped by the behemoth changelog that this release brings. The video for this release has been delayed, but get a drink, kick back, and page through the list of changes below.

Feel free to discuss it on our forums.

Well, as someone so eloquently said in the last comment section… 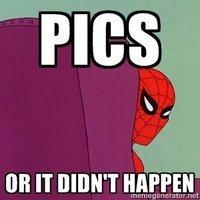 I guess I should post some screens from the latest version of OpenCS then.

This is what it looks like when you open the panel for a container. You can see that inside the penal another panel is nested which shows the contents of the container. You can also open two container panels side by side. Or even three, all in one window.

And this is rendering in action. Just like the containers, OpenCS is ready to render while you render.

We’ve been talking to modders and one of the major complaints they have about Morrowind’s Construction Set is that they are limited to only one rendering window. That problem is now solved in OpenCS. In addition to having as many panels open as you want, you can also open as many windows as you want which is a fantastic solution for those us who have multiple monitors. (As you can see by the stone age resolution of those screenshots, they weren’t exactly taken with the latest monitor hooked up and even then the experience isn’t that bad.)

Hopefully, these shots are enough. If not, don’t worry. You’ll be able to see the real thing for yourself soon enough.

It is done! Ladies and gentlemen:

To tell you the truth, it’s not totally done yet, but what has been done is significant and pretty exciting. Our editor really starts to feel like a full-featured application now! Well, it isn’t yet, of course, but it feels awesome, thanks to Zini.

Sir_herrbatka is still wrestling with some Drag & Drop issues, and he’s working on implementing nested tables. Right now they are only implemented for containers, so you are able to add and remove items. Unfortunately, the bad news is that you won’t see this feature until 0.32.0. But the good news is the reason for that: 0.31.0 is almost upon us!

That’s right! Tons of bugs have been fixed and we’ve locked the main branch down for 0.31.0. It will be released very shortly, after some last minute bug fixing so please be patient. Soon you’ll have a taste of it. :)