Open a terminal, and go to the OpenMW directory. Run git pull, and now git log – we’ll see what our hard-working developers coded. Oh, no! There’s no commits this week! How is this possible? Did some cataclysm occur? Did work on OpenMW stop?

Of course not, we just haven’t managed to complete work on any new features this week, but that doesn’t mean we’re lazy.

First, and I think most importantly: for our Slavic brothers (and sisters!) who are using the Cyrillic alphabet – Greye was working on improved support for characters from outside the UTF-8 character set (mostly the ones which aren’t boring variations on the Latin alphabet). This should improve and facilitate the fun of OpenMW not only for Russians, Ukrainians, and Belorussians, but also Asian nations – perhaps, at the end, we can manage to break the Japanese away from playing Final Fantasy?

Pvdk introduced functionality for displaying the OpenMW version in the launcher, but wait – it’s not only a version number, but also a git hash. It’s hard to get more accurate than that. Even if someone complains about it – please bear in mind that for Linux users it’s quite simple to get and compile OpenMW sources, but for Windows users it’s a bit different. They’re mostly using pre-compiled binaries (Ace’s nightly builds) and they’ll probably warmly welcome such a version indicator.

How about Scrawl? Scrawl is commonly known for being the main point of each weekly update. This time he’s focused on the saving feature. As SirHerrbatka mentioned in the last weekly news, there’s still a lot of work to do on that feature, and it’s good that Scrawl is working on this. It’s hoped that OpenMW version 0.29.0 will introduce relatively complete functionality for loading and saving the state of the game.

0.28.0 was increadible hit on the internet. At the very moment view count of views on the commentery video approaches 15 000 ─ excelent for a such small period of time. This comes with no surprise ─ 0.28.0 is huge and brings us very close to the playability. However, OpenMW progresses even now with excelent rate.

As usual scrawl, proved to be main work horse of OpenMW. He just implemented SlowFall magic effect, blood splatter after hitting with weapon, knockdown and more.

Meanwhile, zini finished with basic, first version of saving feature. Many elements are still missing and are yet to come, however we are approaching 1.0.0 rather quickly and there are areas that require attention at the moment ─ for instance scripts.

Thanks to humble sir_herrbatka, OpenCS is now capable of veryfing correctness of the referencable records (those items, statics, activators you are usually dropping into the render window). You will never forget to add any icon to your item again!

And one more thing. It seems that Doge had impact on the balance of powers of the internet. It seems that we must restore it before new crisis emerges, to do this: grumpy cat sponsored by Lgro (our administrator). 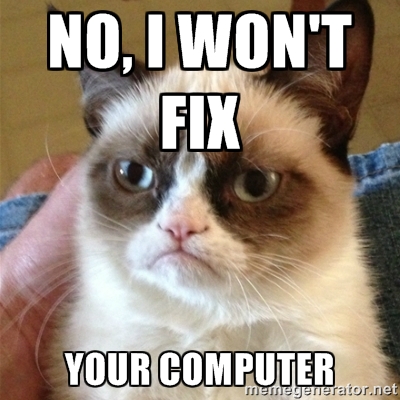 Scrawl, as usual, did outstanding ammount of work. I have no idea how He can be so productive.

Needless to say we have the first implementation of crime in the OpenMW. We have GoToJail instruction, and yes: you can go to jail now. People do not like being robbed and they may fight you. Unless they are dead.

This is increadible resoult for just one week of coding. Yet, this is not everything that happend the last week.

Gus introduced new bugfixes for the pathfinding AI. We also have some camera improvements and a lot of other bugfixes.

The OpenMW team is proud to announce the release of version 0.28.0! Grab it from our Downloads Page for all operating systems. This behemoth of a release includes many large features, such as Combat AI, Magic, Vampirism, terrain bump/specular/parallax mapping, and many other things. There’s also a heap of bug fixes, many thanks to our relentless developers!

Check out the release video by the prodigious WeirdSexy:

We have new magic effects. Those are related to the AI: calm, frenzy, rally, turn undead, demoralize as well as those related to attributes (damage, drain, restore) as well as paralyze, water walking, desintegrate, mark, recall, interventions. WOW. Because It was a while since the last internet mem on the OpenMW, here is the one:

All thanks to scrawl. In addition to this, He also just started to implement diseases.

And preparations for the 0.28.0 are on! It will be realesed this month and it will be the biggest OpenMW version ever. It will include spellcasting, combat AI and other long awaited features. You will be impressed.